Join us on discord!
We now have our own Discord server! Join us here : https://discord.gg/f9ChTKT!

At the beginning I have written nonsense in style of Russian, also I have maybe done a heap of mistakes, therefore in advance I apologize.
I could not describe on another this problem

Very long time ago in the far far galaxy one person (it's me) played a game Garris mod in the mode Pedobear escape. So play i, play and suddenly from where that appears kind pedobear.the pedo has decided to follow a way true and to cease to rape little defenseless girls and other living beings. This paradise, all live in peace, around the pedo almost all gathered who was on the server, there is no more violence and cruelty, there are no more painful shouts of the raped victims from which heart is broken off. I, seeing all this utopia, begin to think that something here wrong. the pedo has decided to break laws of this world, and I have decided to correct it. having taken a little courage and having drunk a glass of whisky (I don't trust pedo.), I approach the pedo. Around paradise. All are so happy that butterflies have begun to fly, the rainbow has appeared without rain. I have looked, have stood, have spat everything and have begun to tease pedo and to sneer at him. But pedo maybe was in the mode "I have retired into oneself I will return not soon" or after all saw me but have decided to ignore. Well the pedo thinks, "some fool and spit on him".As speak in Russia, every family has its black sheep. I am sure pedo also have thought. So and the round has ended. the pedo has restrained and he have raped nobody. But so should not be. And at this moment one idea comes to my mind. After several days of reflections I have thought up a small way that the inaction of the pedo nothing good for him was. the idea consists in that when pedo goes hunting on of the victims, he begins to lose health. For an example 1 HP in one second. If he catches the victim to him 5 HP will be added. Thus the pedo should rape of the victims to survive. maybe this idea is not feasible but so I think will play more interestingly. 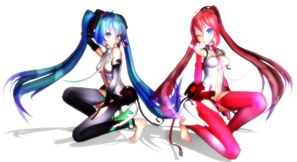 Its a good idea but it can be very hard for new pedo, why not apply this for person who have spent more than, for example 200h, idk.

Interesting idea to be honnest but I don't think it would work, as it would be way to hard for pedos and it would be pretty much impossible to play when the server has a low player count.
~ Arnold0 ~ J'ai les cheveux longs et je suis très bien comme ça ! ~

It's no for this idea, i move in processed.